Priority given to materials posing potential hazards to bridges, other structures

“Most of the debris left from the recent flood disaster ended up in local waterways. Getting it removed is a critically important step in helping an entire region recover from one of the most traumatic events of our lifetime,” Gov. Beshear said. 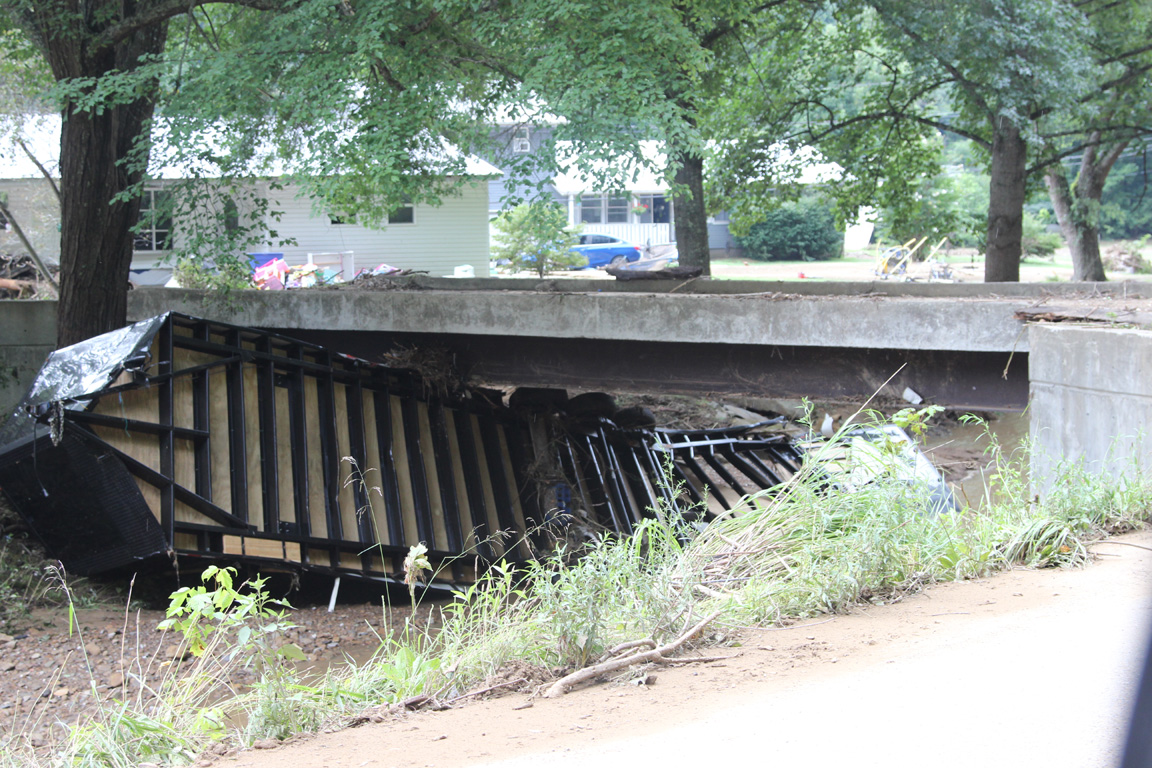 AshBritt, a national company that was awarded the contract to remove and dispose of land debris throughout the 13-county declared disaster area, also will be clearing the waterways in coordination with the Army Corps of Engineers and the Division of Water, which will be responsible for identifying debris piles. Priority will be given to large objects that pose a potential hazard to bridges and other structures. Work will begin Saturday in Letcher County in waterways adjacent to KY 317, KY 343 and KY 805.

“Debris in our waterways poses health risks and also increases the risk of further flooding if the region gets more heavy rain,” said Kentucky Transportation Cabinet (KYTC) Secretary Jim Gray. “AshBritt will be deploying numerous crews for waterway cleanup, but it is likely to take several weeks to complete.”

Secretary Gray said work crews in many cases will have to go through private property to reach the creek or stream. “We want residents to be aware of this, and appreciate their understanding and willingness to give crews room to work,” he said.

Traffic delays are expected as crews pass through areas. Motorists are asked to slow down and give heavy equipment room on the road. Residents are asked not to go through debris piles at collection sites due to safety hazards that pose health and safety risks.

Residents may report debris that needs to be picked up on roadways and waterways by calling the Debris Hotline at 855-336-2337.

Breathitt County Grader under repair after break down

Jackson, KY 6-24-22 A bit of a stir up in Breathitt County over a grader parked at the mouth of the Old Buck Community. According to County officials, the grader sustained a small fire that burned 3 hoses making the grader inoperable. The grader was backed off the road in to the weeds. The torque […]

Raceland Man Sentenced to 120 Months for Possession of Child Pornography

LEXINGTON, Ky. – A Raceland, Kentucky, man, Gary Kendall, age 66, was sentenced in federal court on Monday, to 120 months in prison, by U.S. District Court Judge David Bunning, for possession of child pornography.            According to his plea agreement, Kentucky State Police began investigating Kendall based on a cybertip from the National Center for […]

Ivel, KY. (September 25, 2020) – The Kentucky State Police Pikeville Post is seeking the public’s assistance in identifying a male subject involved in the theft of a John Deere Gator UTV from Blackburn Lawn Equipment in Ivel, Kentucky. On Thursday, September 24, 2020, at approximately 4:23 a.m., video surveillance shows a male subject enter the property of Blackburn […]