(Update – APPCV is continuing on these important articles for you. We are still waiting for investigators and other concerned groups to give the go ahead on printing these articles. APPCV will post information as soon as we are allowed to do so without hindering ongoing investigations and possible litigation. Thank you for your patience)

AppCV is working on several articles for our views. These include a group of people that have been using social media to harass, slander and defame people throughout the community. These actions violate several communications laws.

Another area involves a local newspaper posting on social media inaccurate information concerning the arrest of a Jackson resident that has, according the the woman arrested, led to the suicide of her son. 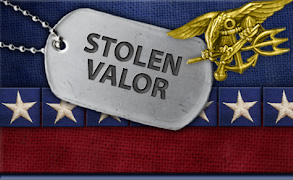 Another Breaking story is a Jackson business owner claiming to be a veteran and allegedly using that status to get discounts from other businesses. According to military records obtained through subpoenas, this individual IS NOT A VETERAN.
This is called STOLEN VALOR and illegal.

Finally, we shed light on the harassment case against a Jackson resident in connection with the Stolen Valor story. Once Military records were subpoenaed, charges were dropped at the request of the prosecution.

Everything APPCV reports is backed up 100% with legal documents, press releases, and statements by those involved.

Raceland Man Sentenced to 120 Months for Possession of Child Pornography

LEXINGTON, Ky. – A Raceland, Kentucky, man, Gary Kendall, age 66, was sentenced in federal court on Monday, to 120 months in prison, by U.S. District Court Judge David Bunning, for possession of child pornography.            According to his plea agreement, Kentucky State Police began investigating Kendall based on a cybertip from the National Center for […]

Westbound lanes near Powell-Wolfe line closed since late July due to sinkhole beneath the pavement JACKSON, Ky.  – The Kentucky Transportation Cabinet is moving forward with efforts to repair and reopen a section of the Mountain Parkway in Powell County near the Wolfe County line. The westbound lanes of this vital transportation artery for eastern Kentucky have […]