Wallins, KY. (February 4, 2021) – On February 4, 2021 at 3:15 a.m. Kentucky State Police, Post 10 Harlan received a call that a male individual had been shot multiple times in the Wallins Creek community of Harlan County. Tpr. Matthew Barger along with Detectives from Post 10 responded and began an investigation.

Initial investigation indicates, Jamie Lawson (44) of Wallins was shot multiple times in the leg and shoulder while outside of his sister’s residence. Mr. Lawson was airlifted to a nearby trauma center for injuries his sustained. KSP is currently searching for Matthew Saylor (34) of Dayhoit, and Tony Ray Taylor (40) of Wallins for attempting murder charges. Both individuals left from the scene operating a white Chevrolet Caviler passenger vehicle in an unknown direction.

Both men are considered to be armed and dangerous and possibly still in Harlan County. If anyone has any information of their whereabouts is urged to call 911 or Kentucky State Police Post 10 at 606-573-3131.

KSP Detectives are continuing the investigation. 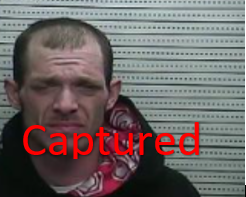 KSP is ramping up their search to locate Tony Ray Taylor. KSP is asking for assistance from the public with any information on Mr. Taylor’s whereabouts. Mr. Taylor is still considered armed and dangerous. Information can be given anonymous by calling KSP Post 10 Harlan at 606-573-3131.

On February 10, 2021 Tony Ray Taylor turned himself into KSP Post 10 Harlan. Mr. Taylor is charged with attempted murder and was lodged into the Harlan County Detention Center.

Jamie Lawson is currently listed in stable condition in the hospital. Mr. Lawson is  receiving treatment for his injuries he sustained.

KSP Detective’s are continuing the investigation.

On Saturday October 23rd at Douthitt Park, the Jackson Parks and Recreation Dept. will be hosting a Jack O Lantern Fall Festival for kids and adults. We are so excited to change this event up a little bit to include things for kids and adults and fun for the whole family. This event will begin at […]

Slemp, Ky.  (September 13, 2019) – A crash in Perry County Friday morning left one man dead and two others injured.  Kentucky State Police Post 13 personnel responded to calls of a collision involving a sport utility vehicle and two commercial trucks on KY 463 in the Slemp community.  The initial investigation determined that a […]