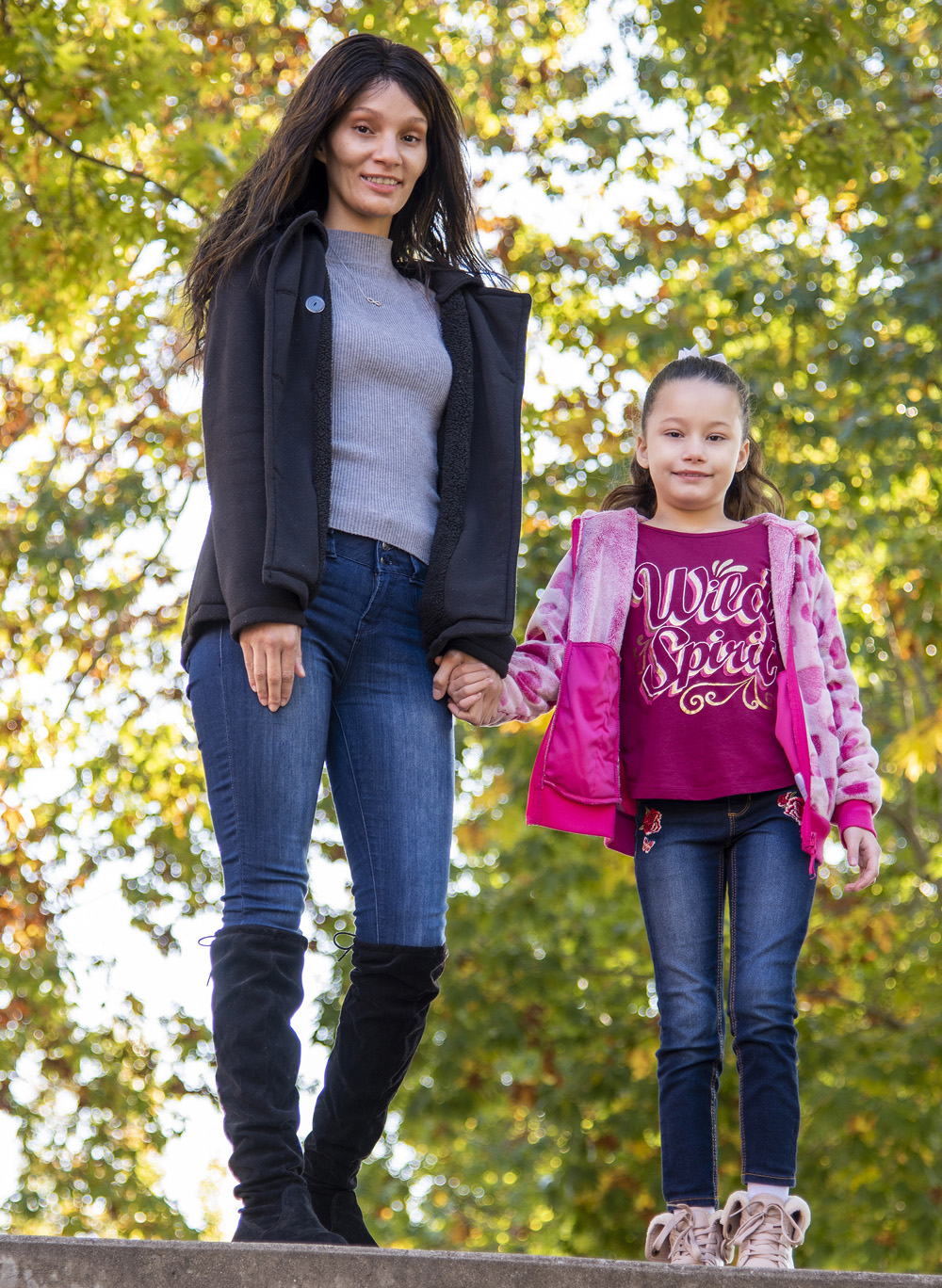 Lindsay Baker dropped out of school in 2009 because of the cost of attending college. Ten years later, she realized she needed to do something to put her life on the right trajectory for her 7-year-old daughter and herself, so she enrolled. She was faced with a debt to HCTC, but after speaking with President Dr. Jennifer Lindon, she was able to not only get that debt relieved, a scholarship was awarded to her as well. With Student Worker funds, she was employed at the HCTC Switchboard, and that financial help made all the difference, so she could concentrate on her classes.

Baker wants to become an X-ray technician, and at age 29, she is on her way to a much brighter future. She is one of five girls in her family; she will become only the second sister to graduate from college. She is keeping her eye on graduation because she wants to be a good role model for her daughter. “I want her to have a better life,” she said.

“Without the financial help I received from HCTC, I would not have been able to come back to school.”

“I was able to start back to school a lot sooner than I expected,” noted Baker, since the scholarship covered tuition and books.

“I had to really dedicate myself to come to school. I want my daughter to have a good life. I don’t have another shot at it. It’s important to get my school work done.”

She appreciates the support of her fiancé, Timothy Day, who is also enrolled at HCTC, working toward his goal of becoming an electrician. “He pushed me to enroll in school. He encourages me to be my very best,” she said. She values the family she has created, and the image of her and her daughter at the table, both working on their classwork.

Baker’s stepfather passing away 10 years ago really took a toll on the family. As a 2009 Hazard High School graduate, she had enrolled at HCTC, taking nursing classes. But she didn’t have a way to get to college, so she dropped out. She worked a job in the fast-food industry and cleaned houses, while providing for her and her daughter.

Her life’s outlook became better after she enrolled. She enjoyed working at the HCTC switchboard and getting to know the people.

“I most definitely advise others to come to school here. Everyone here is very helpful. They make it very easy to sign up for classes. They make it easy for students to attend school,” she said.

Baker has been met with challenges along the way, but she keeps looking to the future. “I will be so proud to have a degree from HCTC.”

Bad Driveway of the Week The truth behind Stamper Drive

(Letter to Editor by Ron Hamblin) Recently a “newspaper” in Breathitt County published a story called, “Bad Road of the Week”. This article was a bashfest towards Breathitt County Judge Executive Jeff Noble. The problem with this far fetched article is, it was full of misinformation and obviously written as an attack on Judge Noble […]

JACKSON, Ky.  –  Drivers who use KY 15 between Lost Creek and Haddix south of Jackson in Breathitt County should expect delays beginning Monday, Nov. 1, as work to stabilize an embankment failure and break in pavement gets underway. The soil nail project will take place at milepoint 8.1, between the KY 476 and KY 1110 […]