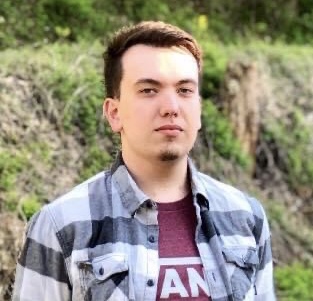 When Benjamin Bolling graduates from Hazard Community and Technical College (HCTC) this fall, he will be debt free, thanks to the Work Ready Kentucky scholarship.

Bolling is in HCTC’s Welding Program and he looks forward to finding a good paying job close to home. “I want to make a decent living and give back to my community,” noted the Cornettsville resident.

He is glad that Admissions Director Scott Gross told him about the scholarship. “I am extremely thankful for the Work Ready Kentucky Scholarship for many reasons. It has allowed me to pursue my education without the burden of worrying about how I was going to pay for my college expense. Also, when I complete my education, I will be debt free which is such a huge relief. The Work Ready Kentucky Scholarship is a wonderful program and I am very appreciative of the fact that it has helped me to be able to achieve my goal of becoming a welder,” he said.

Interested in applying for the Work Ready Scholarship? Learn more https://hazard.kctcs.edu/education-training/apprentice-opportunities/work-ready-kentucky.aspx or call Admission at 487-3293.

Vancleve, KY. (December 30, 2020) – On December 29, 2020, at approximately 2:55 P.M Kentucky State Police, Post 13, Hazard, received a call from Dalton Taulbee, 19, of Vancleve stating that he had just shot two people on Cutchin Road in the Vancleve Community of Breathitt County. Troopers and Detectives responded to the scene. Upon further investigation, […]

Defendant was the last of twelve convicted in large Methamphetamine Conspiracy LONDON, Ky. – An Ellenwood, Georgia man was convicted late Thursday, by a federal jury sitting in London, of conspiracy to distribute methamphetamine and possession of a firearm in furtherance of drug trafficking.            Following a four-day trial before United States District Judge Robert E. Wier, […]