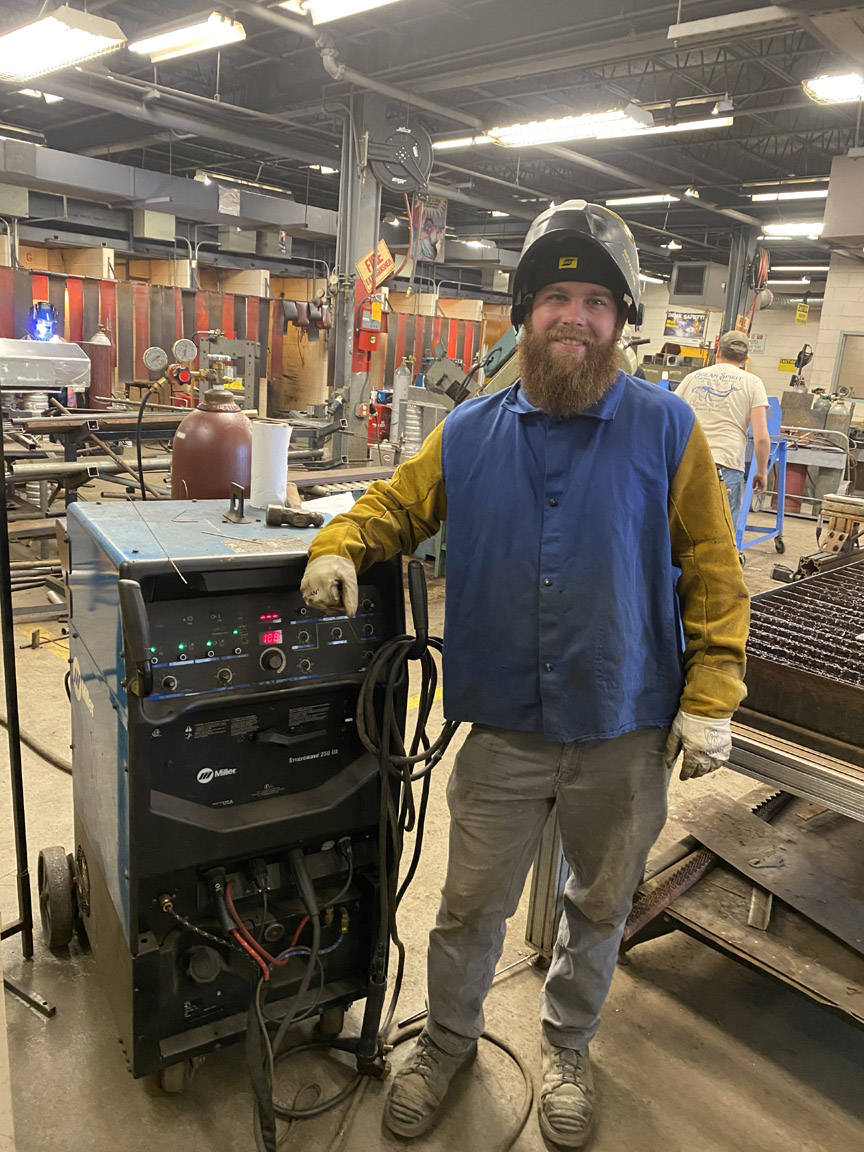 Carlin S. Farler said he is going to go after every certificate available in the Welding Technology Program at Hazard Community and Technical College (HCTC), in addition to earning his associate degree. He is keeping his eye on gaining employment and he knows that getting the training at HCTC is the way to help him do that.​

Farler enrolled in classes in January after being laid off from the coal industry – which is a career he had been in ever since he graduated from Perry County Central High School in 2010. ​In today’s changing world, Farler understands the need to train for a career where he could be assured work in the future, and that is what attracted him to becoming a welder. He hopes to have a mobile welding rig some day or weld pipeline and that is how he plans to support his wife and one-year-old son.

“This Welding Program is challenging, and I like it very well,” Farler said, adding high praise for Program Coordinator Randy Bowling. While at HCTC, he also plans to take Computer Aided Drafting and Design (CADD) and Surveying classes. “CADD classes will help me with using a CNC machine,” he noted. “I want to learn as much as I can,” he said.

Bowling ​describes Farler a​s an outstanding student who never misses, utilizing his classroom experience ​to make every minute count. Bowling is ​also impressed by Farler’s willingness to help out a fellow student whenever needed.

The Unemployment Office directed Farler to HCTC and Farler is glad he took their advice to enroll ​because his future looks much brighter now.

It is Advanced Manufacturing Month and HCTC is glad to participate by highlighting Carlin Farler.

Sassafras, KY. (January 6, 2021) – On January 5, 2021, at approximately 5:24 P.M, Troopers with Kentucky State Police, Post 13, Hazard, responded to a two-vehicle collision in the Sassafras Community of Knott County. Initial investigation indicates that Sasha Hoover, 32, of Whitesburg, was operating a 2020 Jeep Cherokee, southbound, when she crossed the center line into […]

ASHLAND, Ky. – A former Deputy Sheriff from Cattlesburg, Kentucky, Patrick Allen Adkins, pleaded guilty in federal court Monday, before U.S. District Court Judge David L. Bunning, admitting that he violated the rights of a woman to be free from unwanted sexual conduct. Adkins admitted that, in 2013, he used his position as Deputy Sheriff […]