“Ceremonially naming roads and bridges is a popular tradition in which Kentuckians take pride to recognize people and milestones that bring respect to the Commonwealth,” said Secretary Jim Gray.

Locally, new signage appears on the following routes, as directed by House Joint Resolution 105 passed during the 2020 regular legislative session: 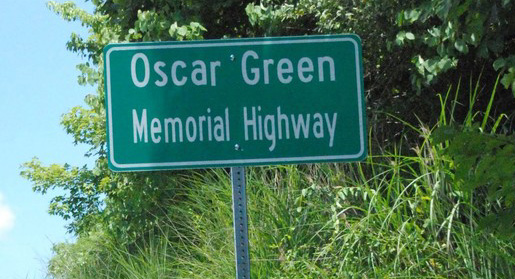 KY 3337 (Right Fork-Fritz Road and Middle Fork Road) was named the Oscar Green Memorial Highway. He was a native of the nearby Seitz community who was thrice injured in World War II while serving in the Third Army, 80th Infantry Division. He enlisted in the Army in 1943 and served until 1948. He returned to Magoffin County after his military service, where he lived until his death in 2008.

“Mr. Green was a World War II veteran, who fought bravely in the Normandy invasion and the Battle of the Bulge,” said State Rep. John Blanton. “He was injured in battle and received the Bronze Star Medal, Purple Heart, and Silver Star for his heroism. This highway designation is a small way we can honor Oscar Green’s life of service to his faith, family, and country.” 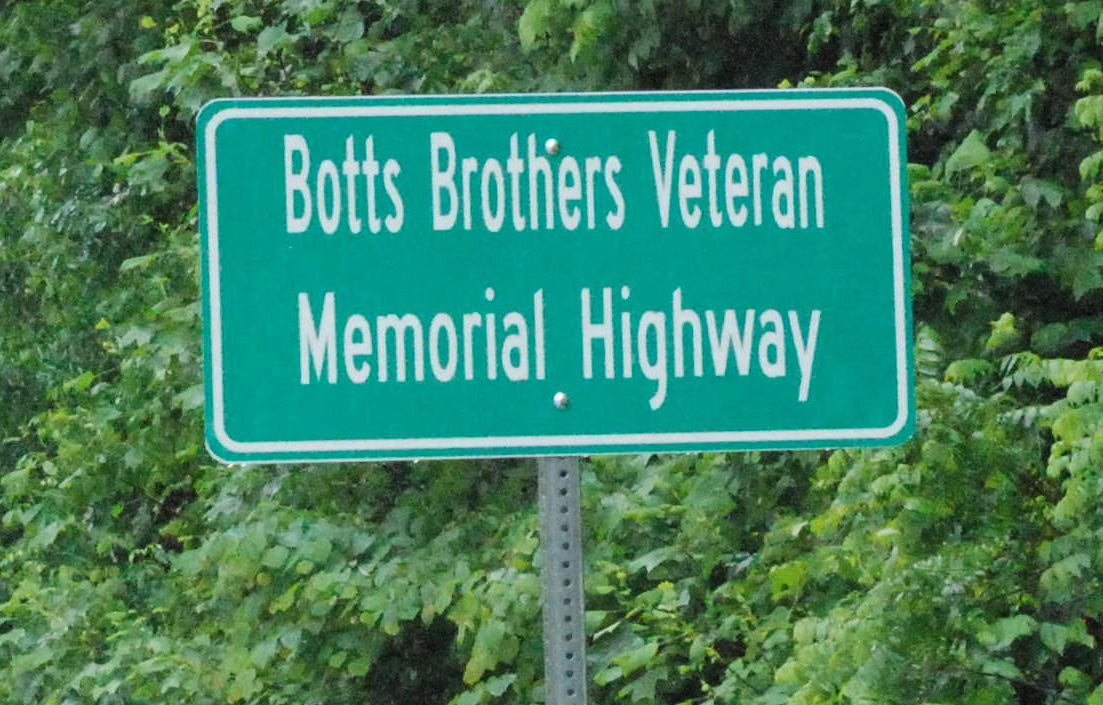 US 460 between Frenchburg and Denniston was named the Botts Brothers Veterans Memorial Highway. Six Botts brothers – Osmyn, Olas, Marvin, Wayne, James, and Darrell; the sons of Mort and Etta Botts — served in the Army at various times from 1943 to 1965, serving in World War II, Korea, and in times of peace including the “Cold War.”

“I am proud that US 460 in Menifee County will now be the Botts Brothers Veterans Memorial Highway,” said State Rep. David Hale. “The Botts brothers are true patriots. They honorably served our country in World War II, the Korean War, and the Cold War. The least we can do to honor these brave veterans’ sacrifice is erect a sign showcasing the tremendous pride our community has for their heroic military service.”

The US 460 bridge crossing White Oak Creek in the White Oak community near the Magoffin County line was named the Robin Holbrook Memorial Bridge. He was a native of Magoffin County who was killed in a motorcycle crash in 2019 near the bridge. Commonly known as “Dr. Robin,” he had served as a physician assistant at the Eula Hall Health Center on Mud Creek in Floyd County for around 30 years. Prior to his death, he had expressed an interest in holding a homecoming event for current and former staff members and patients of the clinic. After his death, such an event was held in his memory.

“The shockwaves of the sudden and tragic loss of ‘Dr. Robin’ are still palpable even today,” said Rep. Blanton. “However, as we continue to mourn his passing, we must also honor his memory by commemorating his service to our community and his patients. While nothing will ever fill the void that ‘Dr. Robin’ left, I hope this bridge designation will be a small reminder of his positive legacy and accomplishments.”

“‘Dr. Robin’ was a dedicated physician assistant who diligently cared for those in need at the Eula Hall Health Center in Floyd County,” said State Rep. Bobby McCool. “By designating this bridge as the Robin Holbrook Memorial Bridge, we are showing that his memory will live on for years to come. His positive impact on his family, patients, and community will not be forgotten.”

“Robin Holbrook was a medical professional of exceptional character and dedication that we lost all too soon,” said Sen. Phillip Wheeler. “I am glad that the General Assembly chose to honor his service and memory with this bridge dedication.”

This bridge is scheduled to be replaced as part of the “Bridging Kentucky” initiative. The name will carry over to the new structure once it is completed. 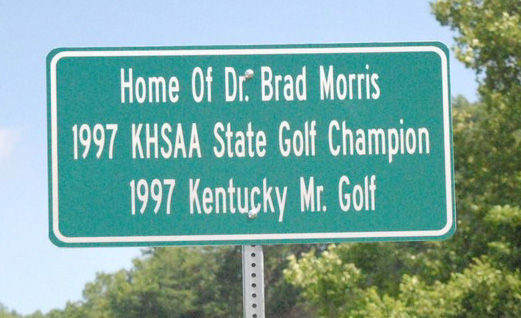 “I am proud that the Clay City exit off the Mountain Parkway will now be noted as ‘Home of Dr. Brad Morris, 1997 KHSAA State Golf Champion, 1997 Kentucky Mr. Golf,'” said Rep. Hale. “Winning the 1997 golf state championship is a remarkable achievement. Through his victory, he positively represented himself, his family, and the entire Powell County community. I am glad we are erecting this sign to honor his success.”

The signs are to remain standing for at least one year, per the legislative action.

Fifty-nine honorary names were designated statewide and will appear on 13 bridges, 29 roads and 16 honorary locations. Signage will remain posted indefinitely unless otherwise specified in HJR 105

LEXINGTON, Ky.- A former Cook Supervisor at United States Penitentiary Big Sandy, Hank Williams, 56, of Weeksbury, Kentucky, was indicted on Thursday in federal court for one count of conspiracy to distribute 50 grams or more of methamphetamine, one count of money laundering, two counts of attempting to possess with intent to distribute 50 grams or […]

Appalachian Citizens Voice will begin Print this summer. It is time for the region to once again have an unbiased newspaper that supports all the communities in the region. For far too long some local prints do nothing more than print all the bad in their communities, stir up negative things and participate in trying to cause […]

Students wanting information about enrolling at Hazard Community and Technical College can attend the first Virtual Open House event on Thursday, May 7, at noon. New students joining this “live” Virtual Open House will learn more about admissions, financial aid, HCTC’s various program career pathways, and transfer, for example, and will have an opportunity to […]