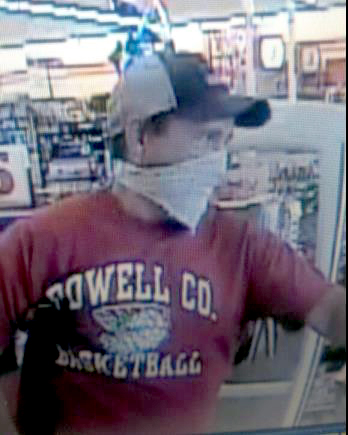 Means, Kentucky (July 12, 2020) Kentucky State Police Post 8, Morehead, is looking for information of the whereabouts of Harlan Eddie McIntosh, 44 years of age.  Mr. McIntosh is wanted in connection to an Armed Robbery in Menifee County, Kentucky and a Robbery, Kidnapping and Rape 1st Degree in Powell County, Kentucky.  Mr. McIntosh is 5′-11″ tall and weighs approximately 200 pounds.  He has brown hair and blue eyes.  He is considered armed and extremely dangerous.  There are active warrants for his arrest at this time.  Anyone who sees the suspect is advised not to approach him and to contact their local law enforcement or Kentucky State Police Post 8 at (606)784-4127.

Update 1
Gatlinburg, Tennessee (July 14, 2020)  Acting on information received from authorities in Tennessee, McIntosh is believed to be operating a 2004 Mazda Tribute, Silver or Grey in color, with Tennessee License Plate 1E51H2.

Besides her commitment to teaching at Hazard Community and Technical College, Dr. Ann Harris has a commitment to learning. With one doctorate degree already to her credit, she is working on a third master’s degree now at Northern Kentucky University with plans to complete in fall 2021.   Earlier this year, she completed a master’s degree […]

Perpetrator still unknown  Confluence, Ky.  (May 19, 2019) – An unknown intruder gained entry to a home in the Confluence community of Leslie County early Sunday morning and shot at the occupants, seriously injuring one of them.  Troopers and detectives with Kentucky State Police Post 13 were called to a residence on Mosley Bend Road […]